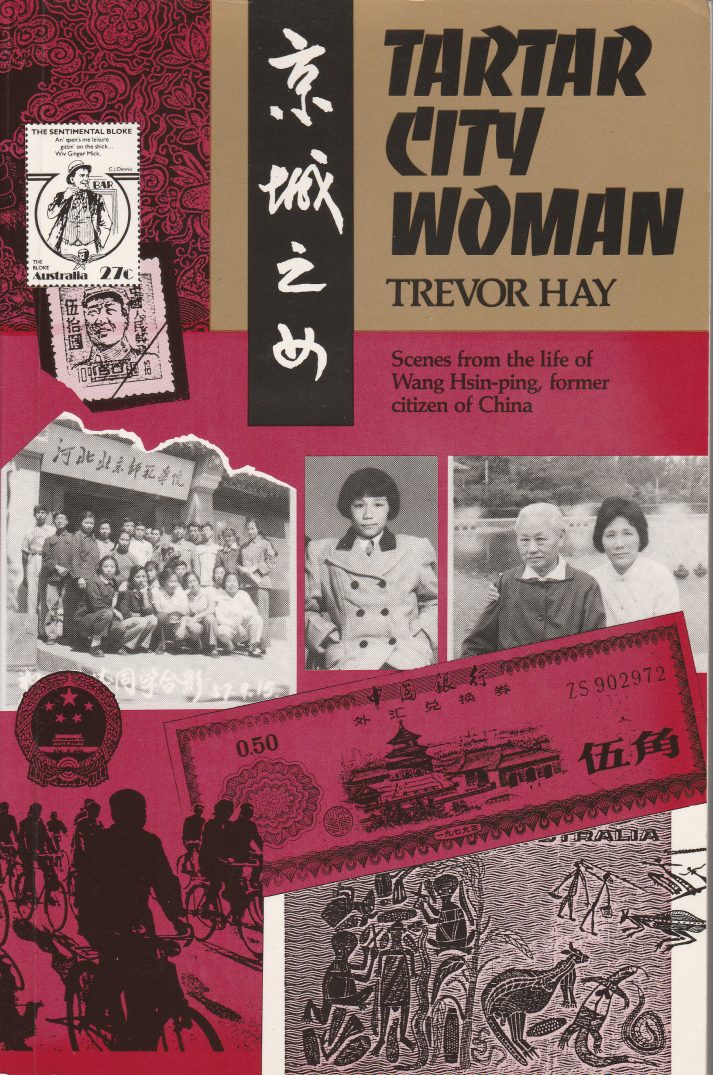 Wang Hsin-ping grew up among the scholar-gentry , families of old Peking. When the People’s Republic was established in 1949, she was nearly twelve years old. She became, and remains, a teacher – in China until 1975 and now in Melbourne.

The dry facts are tantalizing enough. While memoirs of disillusioned Red Guards are not uncommon, Hsin-ping, by the time of her investigation as a ‘counter-revolutionary’ during the Cultural Revolution, was already a sharp-eyed adult with painful experience of political campaigns. Puzzled onlookers at China’s recent political crisis will be struck by the continuity of campaigns and purges, and the crucial role of the education system in times of upheaval.

Political perspectives aside, there is sheer pleasure simply in meeting Hsin-ping. As her tales of reckless childhood adventure make plain, she was always a free spirit. She remains a strong-minded, humorous woman who has grappled with enormous pressures to conform.

In Australia, Hsin-ping regaled Trevor Hay with her stories over many years. He felt compelled to record their conversations – conducted in Mandarin – and their shared revisiting of China in 1987. His tactful presence enables her to speak to us with startling immediacy, while he discreetly answers our unspoken questions – a blend of ‘inside’ and ‘outside’ perceptions which sets this book apart. Hsin-ping engages the Western reader directly.

With the surprise of the encounter comes great pleasure.