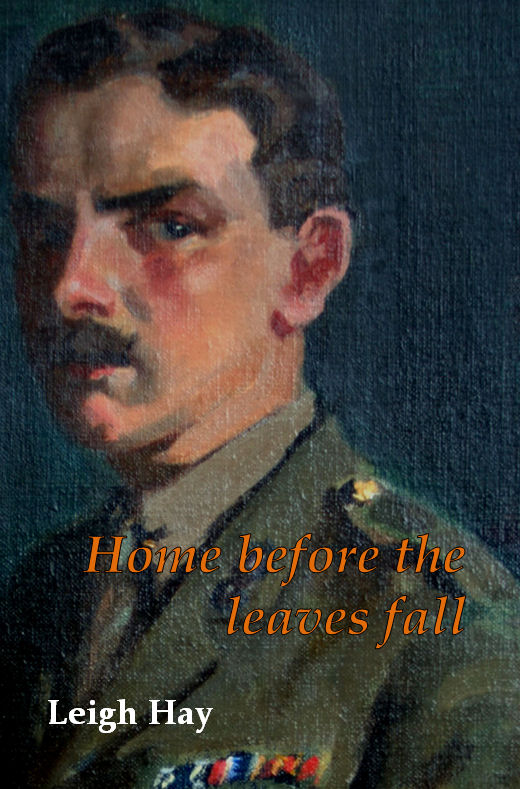 Home before the leaves fall

In 1914 a young man enlists as a subaltern with the British Royal Field Artillery. He will serve four years in France, earning the Military Cross three times. He is mentioned in dispatches and awarded the Belgian Croix de Guerre.

A century later an Australian Vietnam Veteran bids for a portrait of a highly decorated British officer.

Who was this soldier? Why and where was the painting done? And what is it now doing hanging in a Melbourne auction room?

The first clue lies in a tattered death notice, pinned to the back of the portrait. It is dated twelve days before the Armistice.

Home before the leaves fall by Leigh Hay is an unforgettable story of courage, sacrifice and love.